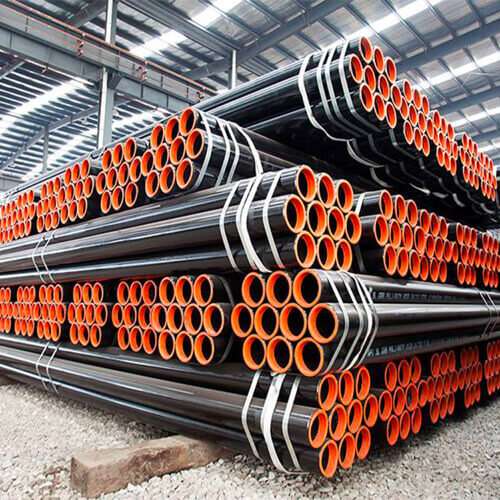 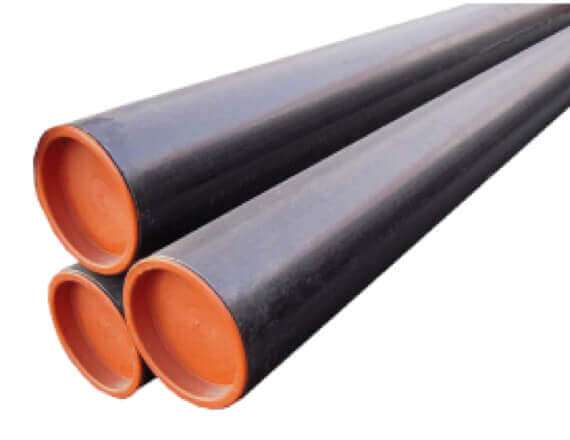 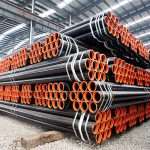 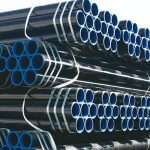 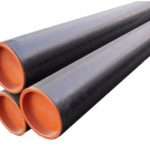 The goal of this specification is to define requirements for pipes used in the oil and natural gas sectors for carrying gas, water, and oil.

Specifications of API 5L Grade A

Dimensions and Sizes of API 5L Grade A Line Pipe

Pig iron comprises C, Si, Mn, P, and S components in addition to API 5L Grade A iron. All of these elements have an impact on the characteristics of pig iron.

C: Pig iron comes in two varieties. The first is free carbon (graphite), which is mostly found in cast pig iron. The other is combined carbon (iron carbide), which is found mostly in steel pig iron. Iron carbide is hard and brittle, with limited plasticity. A proper proportion of combined carbon can increase the strength and hardness of pig iron; nevertheless, a high level might make pig iron difficult to cut. Because graphite is highly soft and has a low strength, its presence can improve the casting qualities of pig iron.

Si: The carbon in pig iron separates into graphite and deoxidizes when exposed to Silicon. Silicon can help eliminate casting air holes, enhance the fluidity of molten pig iron, and reduce casting shrinkage. However, too much silicon will harden and brittle pig iron.

Mn: Manganese is a metal that is soluble in ferrite and cementite. When pig iron is smelted in a blast furnace, the right amount of manganese content can improve casting and cutting performance, but it can also generate manganese sulfide with undesirable pollutants such as sulfur in the slag.

P: Phosphorus is a dangerous element, yet it improves the fluidity of molten iron. Because sulfur lowers the melting point of pig iron, some products have a greater phosphorus concentration. Yet, the presence of phosphorus makes iron harder and brittle; therefore, excellent pig iron should have less phosphorus; however, phosphorus content can be as high as 1.2 percent in order to promote fluidity.

S: Sulfur is a harmful element in pig iron because it promotes the combination of iron and carbon, making iron hard and brittle, and combines with iron to form low melting point iron sulfide, causing pig iron to produce hot brittleness and reduce the fluidity of liquid iron. Pig iron with a high sulfur content is not suitable for casting fine parts. The maximum sulfur concentration of cast pig iron should be 0.06 percent (except for wheel pig iron).

Similar to other steel materials, API 5L Grade A steel grade, has trace amounts of Mn, Si, S, P, O, N, and H elements. These components, known as impurity elements, are not purposely added to improve the quality of steel but are introduced by the mining and smelting processes. These impurities have an effect on the performance of steel; thus, in order to assure the quality of steel, specific measures have been set in national standards for the chemical composition of all types of steel.

Test and inspection of API 5L Grade A Line pipes

The pipe must be able to survive a hydrostatic test without leaking through the weld seam or the pipe body. Jointers do not need to be hydrostatically tested if the pipe sections utilized have been successfully tested.

There shall be no cracks in any part of the test piece, nor shall there be any opening of the weld.

The flattening test method is used to evaluate and exhibit the deformation performance of line pipe to the prescribed size. The flattening test will reveal the pipe’s resistance to longitudinal and circumferential cracking, as well as its internal and surface faults, based on the stress and deformation characteristics of the specimen during the flattening procedure.

CVN is required for several PSL-2 pipe diameters and grades. The body will be inspected for seamless pipe. Welded pipe must be examined in three areas: the body, the pipe weld, and the heat-affected zone. The chart of sizes and grades, as well as the required absorbed energy values, may be found in the full API 5L specification.

The average shear fracture area for each test (of a set of two test pieces) shall be 85 percent, based on a test temperature of 0°C (32°F) or if accepted, a lower test temperature. For wall thicknesses greater than 25.4mm (1.000 in. ), DWT test acceptance standards must be agreed upon.

NOTE1: At or above the test temperature, such shear-fracture area assures a suitably ductile fracture.

Get A Quote Now