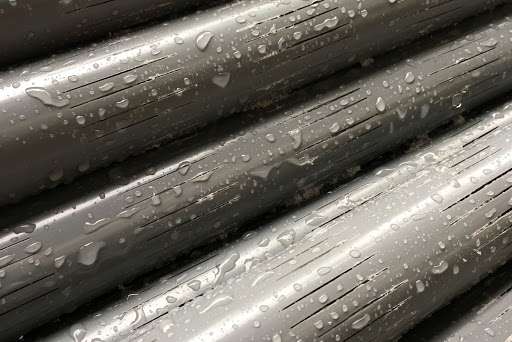 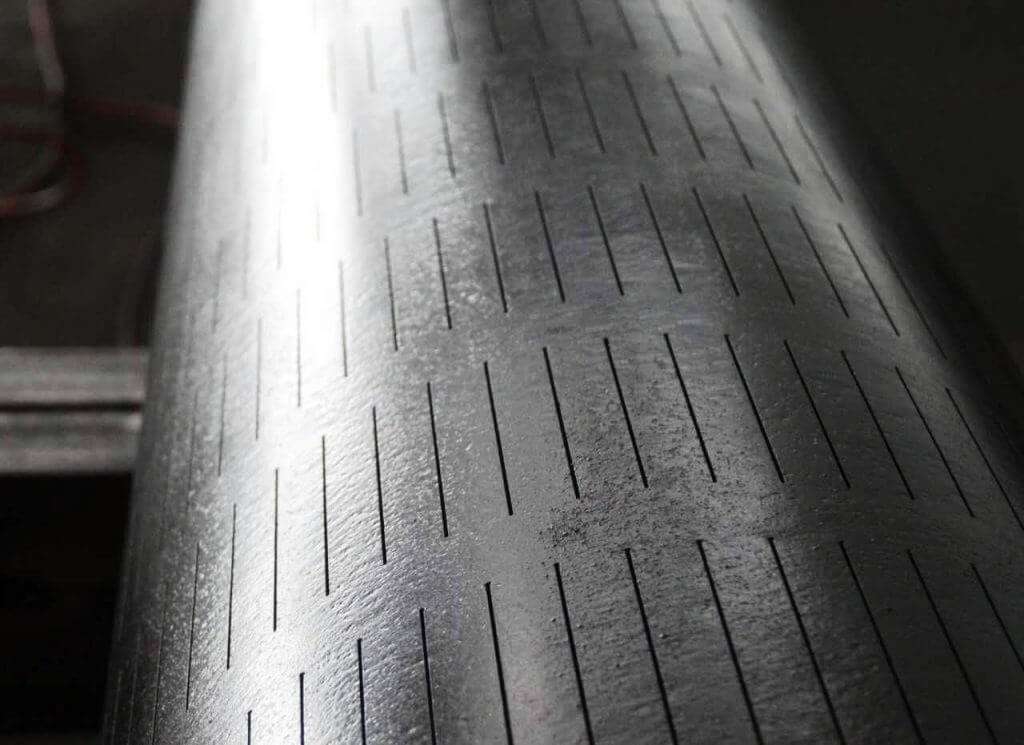 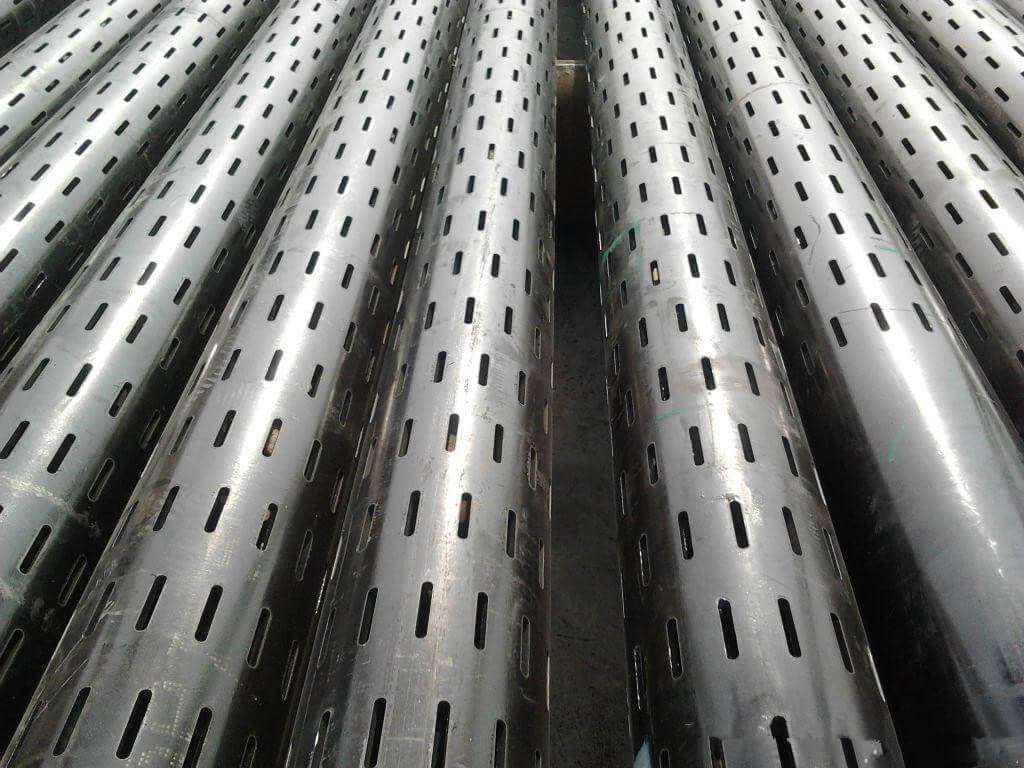 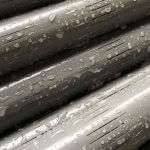 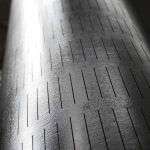 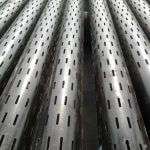 A slotted liner is a common sand control screen used in long horizontal completions in wells with limited productivity. In comparison to other sand control devices, slotted liners are widely employed in SAGD wells and other thermal applications due to their higher structural capabilities to handle installation and operation loads.

Base pipes are manufactured to API casing or tubing specifications and range in diameter from 1.5 to 18 inches. CNC-controlled slotting machines or laser machines are used to make precision slotted liners. According to API standards, all slots are deburred, cleaned, and drift tested. Pipes of any diameter are available in any length. Slot widths are frequently expressed in gauge terms. The gauge for a slot or screen is just the opening’s width in inches multiplied by 1,000.

The slot size of the slotted liner, which includes the width and length of the slot, is customized to the customer’s specifications. The minimum slot width for straight or keystone slots is 0.012 inches, and the maximum slot width is 0.25 inches.

Three distinct slot layouts have been created to accommodate distinct traits (shown below). In comparison to staggered and straight slot patterns, the gang slot design significantly improves the liner’s resistance to lateral buckling and collapse stresses. 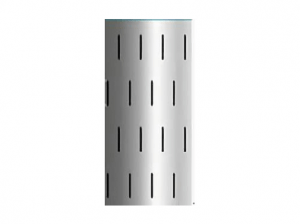 Staggered slots are evenly distributed around the circumference with an offset. 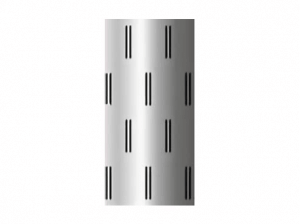 Gang slots are made up of many slots that are dispersed around the perimeter. 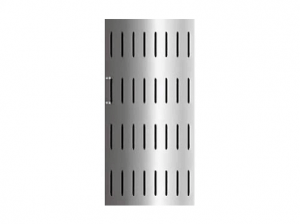 TUSPIPE can laser-cut slots to customer specifications, either straight or keystone.

This slot type is cut perpendicular to the liner and has the same diameter from the inside to the outside of the wall. While straight slots are less expensive to build, they are less effective in containing sand than keystone slots.

Keystone slots, or tapered slots, are cut at a little angle and are larger on the inside than on the outside, ensuring that any particle entering the slot can pass freely without clogging it.

While keystone slots are more expensive to manufacture than straight slots, they eliminate the danger of production losses caused by filled liner slots. 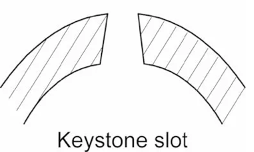 The slot density of a pipe is defined as the number of slots per foot of pipe. It is determined by the pipe’s outer surface’s open area. The open region of a slotted liner has a significant role in diminishing its sand control capacity. In general, open land is between 2% and 4% of the total area.

After determining the open area, slot width, and liner diameter, the slot density per foot can be estimated using the following formula:

The required number of slots is shown below using the calculation above:

Note: This is a straightforward calculation for a straight slot or a seamed keystone slot.

Dimensions and Sizes of Slotted Liner

The slotted liner (slotted casing) is classified into two types: oil liner pipe and water collecting liner pipe, each of which is built of a different steel grade. It complies with API Spec 5CT. Slotted screens are made up of a series of longitudinal or spiral straight-line slots of a specified size that are cut into oil casings or tubing in a variety of methods. It is constructed from ultra-thin cutting components and is beam cut. Its slit width is (0.2-0.4)mm (client specified), and the seam length can exceed 20mm (can be determined according to user needs). The slit section is rectangular and trapezoidal, and the slit arrangement can be customized to meet user requirements. The product is sand-proof, non-clogging, and increases the quality of oil recovery. It is frequently utilized in horizontal and side walls, as well as branch wells. Over 90% of comparable good completion procedures used in other countries include oil slotted screens, which is the chosen special pipe for the present special oil recovery process.

This product is constructed with high-quality, high-performance casings and may also be imported to meet the user’s specifications (the raw materials are designated by the customer, the designated grade). And by the necessary design and processing specifications. It features a high penetration rate, a consistent width, a high strength, and a low price. This product features a sophisticated manufacturing method, a high technology content, a stable process, high performance, and high precision.

A laser liner pipe is a unique pipe body that is inserted at the bottom of seamless or welded steel well pipes, such as those used in oil wells, water wells, geothermal wells, and brine wells, to separate the mined liquid from the stratum’s sand. Due to the fundamental structural properties of the formations involved, the variation in particle size of the contact sand, and the difference in viscosity of the produced fluid, the specifications and designs of the slits required by the screens also vary. With the rapid development of China’s petroleum and geo-mineral industries in recent years, oil well drilling technology in the desert area has matured, oilfield development in the middle and late stages has increased, offshore oil production has increased, and geothermal wells, brine wells, and deep wells have exploded in popularity. As technology advances, the demand for laser liner screens increases.

Laser liner pipes (slotted casing) are commonly used in petroleum exploration for regenerating existing wells, drilling new oil wells and exploration (test) wells, offshore oil production wells, and oil suction pipes for horizontal wells, side drilling, radial branching wells, and open-hole gravel packing. The screen is completed, and a small amount of sand control is performed. Geothermal wells, saltwater wells, drought-resistant wells, and residential water wells are all tested for limited sand control daily. In general, the vertical shaft is equipped with a circular slot (hole) screen rather than a blasting perforation, which eliminates several issues associated with the ejection hole. To guarantee that the sand does not become caulked, the inner surface of the tube must be wider than the outer surface. Due to the dramatic increase in international oil prices, miners must raise the oil recovery rate of each well to reduce land occupation, save pipe bodies, reduce drilling expenses, and reduce oil production costs to maximize profits. The initial horizontal wells processed rectangular screens mechanically, laser-based, and in other ways. Due to the permeability issue, mechanical slits and screen screens have been used to compensate for lasers’ inadequacies for a lengthy period.

Get A Quote Now